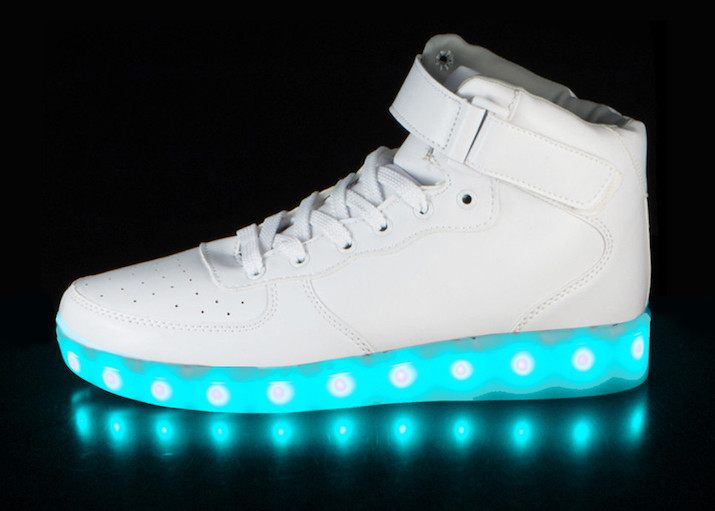 LED lights are making an impact in many areas of life, and one of those areas where it is increasing in popularity is fashion. If you want to make a bold fashion statement, then you can’t look past the rising popularity of LED shoe lights. Since the Adidas and Kanye West collaboration on Yeezy LED light up shoes, the demand for light up LED shoes has grown into a multimillion-dollar market.

Here’s what you can learn about LED light up shoes.

There aren’t many brands that are offering LED light up shoes.

Skechers led light up shoes are available and have a good reputation in the marketplace. They appear to really be the only major shoe manufacturer that will create and sell light up LED shoes, however the shoes are mainly created for children. Prices for the shoes start from $37. (Skechers LED shoes for kids)

This company actually customises shoes to have LED lights fitted into the shoe. Although they aren’t directly affiliated with any shoe company directly, they do offer customisations based on their own design or customise the shoe to the customer’s preference. You can see more on their range here.

Can you get Adidas Yeezy LED light up shoes?

It doesn’t appear as though you can purchase light up LED shoes from the Yeezy brand. You would need to order the official shoe from the Adidas website and the configure a customised version. The brand from Kanye West is due to launch again soon. They are released in limited supply. The price tag for these shoes are much higher than what the other competitors offer. You can get on the waitlist via the Adidas website here.

Since the rise in popularity of these shoes, resellers and counterfeit manufacturers have seized the opportunity to sell inferior products. Err on the side of caution when looking at LED lighting shoe suppliers on Amazon and eBay. Despite their cheaper prices, there’s the risk that the product could easily be damaged or have a short-term lifespan.