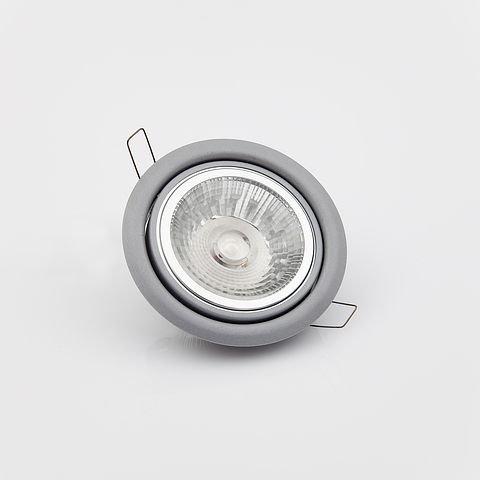 Installing LED lights is one of the most rewarding investments for businesses and residential consumers. Generally, these energy-efficient lights present a number of benefits and opportunities. The major benefits over conventional lights include lower electricity bills, long lifespan, good color rendering, several design options and environmentally friendly.

The light emitting diodes (LEDs) date back to the 1970s’ when the first monochrome devices were manufactured for use as indicators for electronics and other applications. Typical applications for the earlier devices include the power indicator lights in TVs, Radios, computers, alarms, etc.

Over the last few decades, advances in LED materials and manufacturing technologies have led to lower prices and more applications including the general lighting for residential and commercial spaces.

Today, the LEDs provide one of the best and effective technologies that reduce the energy consumption and heat dissipation in lighting fixtures. Before we look at the numerous applications of the LED lights, let us have a look at the basics, how they work, features, and benefits over the conventional lights.

How does an LED bulb work?

The way the LEDs produce light differs from the conventional sources such as the incandescent and others. Generally, the LED devices produce light when the correct amount of voltage is applied across the diode terminals, and enough current passes in the forward bias direction.

The flow of current inside the diode causes it to release energy in the form of visible light and whose color depends on the construction material.

However, the diode does not conduct or produce any light when the applied voltage is inadequate or in the reverse direction. On the other hand, conventional bulbs produce their light by applying the electricity to a filament or a gas.

The LED bulb works on DC power of between 1.5 Volts and 3.4volts. It only draws a small amount of current hence its ability to work from a wide variety of power sources including small batteries. The LED bulbs can be classified into two main categories;

The amount and type of illumination from an LED light depends on the construction and features of the individual diodes as well as the bulb and the fixture. These may differ in color, output, voltage requirements and more. Below are some of the major characteristics

Lights with higher color temperatures are almost similar to the sunlight. However, most of the typical residential and commercial LED lights fall between 2,500 K and 6,500 K. The color temperatures below 3300 produce a warm white light, those between 3300 and 5000 K a neutral white, and those above 5000, a daylight white.

Color Rendering Index (CRI) is an indication of how well a light source will reproduce the colors of an object it is illuminating. The maximum CRI is 100 and this corresponds to the natural color rendering with no deviation. Higher values of CRI produce natural colors which are also pleasing to the eye. A typical light source with a CRI of 100 is the sunlight. On the other hand, the white LED lights have a value of between 70 and 98, hence the ability to reproduce almost natural colors.

The LED light beam angle is a measure of how the light spreads over a given area. A small angle provides a narrow beam that concentrates the light over a small area. An example is the spotlight which provides a strong light in a given direction and only concentrated on a small spot.

A big beam angle will give a wider coverage and in most cases an evenly distributed light. However, the LED lighting fixture with a smaller angle provides a more intense light on a small area in contrast to a large angle fixture whose light covers a wide area but is less intense.

The brightness of the LED bulb depends on its ratings in terms of wattage and lumens. The wattage is the energy the bulb consumes to generate the light. Bulbs with higher wattage consume more electricity and are brighter. For example, a 25W LED bulb will be brighter than a 12W bulb.

Another way to express the brightness is to use lumens. The LED bulbs with higher Lumens are brighter than those with lower values. The LED lights have less wattage or consume much less energy to produce the same lumens as the incandescent lamp. For example, an incandescent bulb produces between 11 and 16 lumens from each watt it consumes, while the LED produces between 50 and 72. The LED lighting fixtures with the dimming options are more flexible and costly than the fixed brightness models. The ability to adjust the brightness provides users with greater control and allows them to match the levels with their needs or occasion.

The dimmable LED lights can be installed in the living room, dining room, bedroom, offices, theaters and other spaces where the lighting needs vary with time or function.

Some LEDs incorporate smart technologies that allow users to adjust them remotely, over the internet or Bluetooth. This provides the consumers with more control and energy-saving opportunities.

The major benefits of LED lights are;

The LED lights are usually more energy efficient compared to other types. For example, an LED light requires 40-60% less energy compared to a fluorescent equivalent producing the same level of brightness.

Unlike other lamps such as the fluorescent, the LED lights are instant on and capable of reaching full brightness without requiring a warm-up time.

Since the LED bulbs and associated components are compact, it makes designing the lighting fixtures and controlling the distribution of the light more flexible.

The LED lights are more durable and less prone to breakages. These allow them to withstand vibrations, shocks, and other rough mechanical conditions. This is in contrast to the fragile fluorescent or incandescent bulbs which are easily damaged by shocks.

The longer time and energy saving features reduces the maintenance and running costs for the consumers.

This translates to fewer replacements and maintenance costs. In addition, the fewer lights mean reducing the resources and energy required to manufacture, package and transport the bulbs. This together with the fact that the bulbs do not contain toxic gases and materials is good for the environment

The LED bulbs produce a more stable light compared to the fluorescent and incandescent types. This presents a health benefit by for some people who may suffer from headaches due to the variations in light levels that occur due to the flickering of the traditional lamps.

These have a wide variety of applications that range from a single LED such as the small torch to tens of LEDs housed in a single bulb to provide more light such as LED floodlights. Since the LEDs use very little power, they are also suitable for remote locations where people use solar or rechargeable batteries for lighting. While indoor LED bulbs may have ventilation holes to improve cooling, the outdoor and moist environments require waterproof and dustproof designs to prevent damage from these conditions.

LED lights are used for a wide range of applications. These include,

Most LED lamps are directly compatible with conventional lights such as the fluorescent and incandescent; others may require upgrading the fixtures and wiring. Although the LED lights may cost more than equivalent less energy-efficient  types, the energy savings and long lifespan outweighs the initial cost.